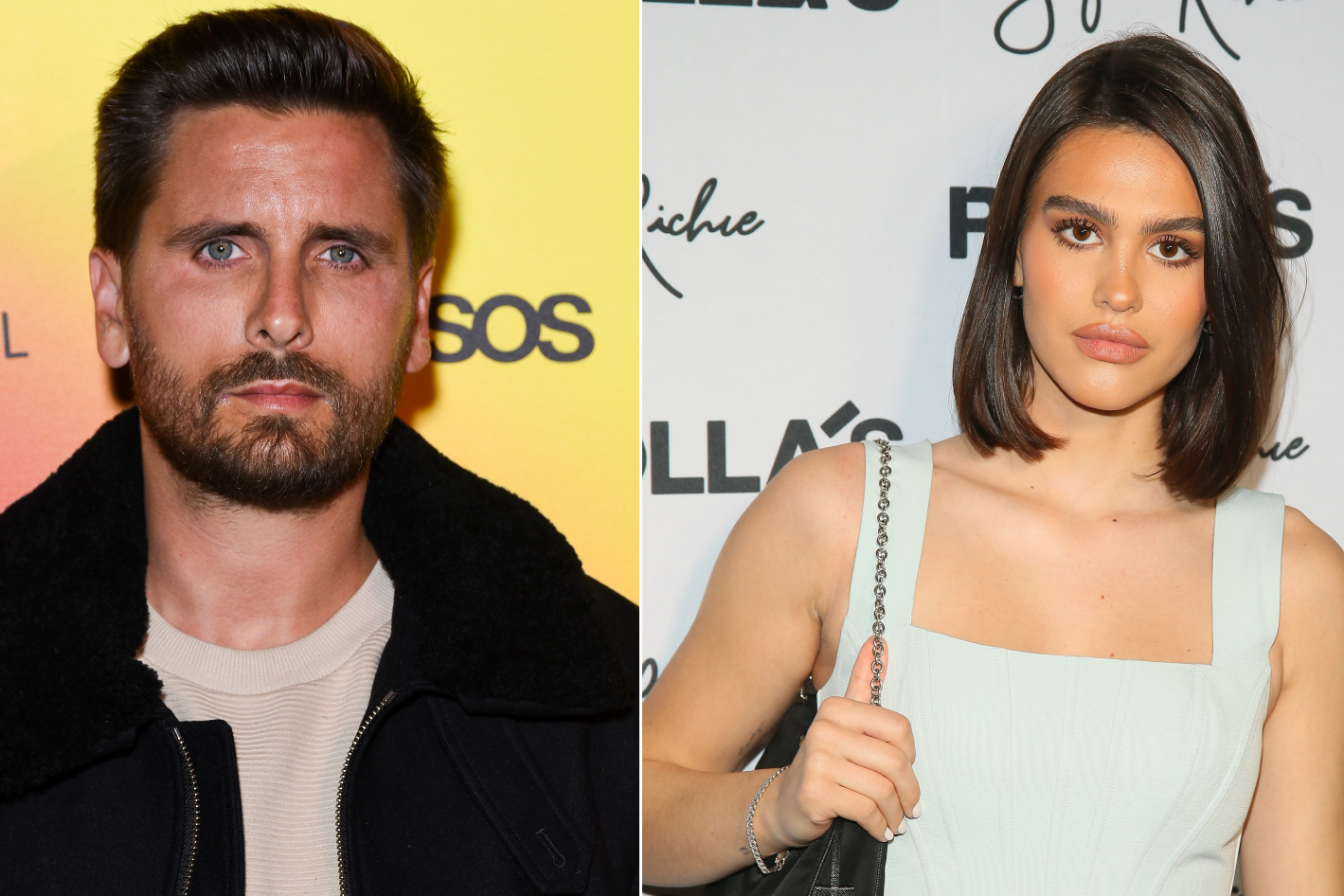 Scott Disick, the popular TV star, and his twenty-year-old young girlfriend, Amelia Hamlin seem to sort the things. Notably, the pair on their parts are trying to maintain their relationship very sorted and better. Thus, it is clear and Scott and Amelia are working together to keep their love bond strong and free from worries.

As per the sources of PEOPLE, it was noted that the pair have critically hit their ‘rocky tract’ soon after when he was called by his ex-partner, Kourtney’s PDA with boyfriend, Travis Barker, in the leaked Direct Messages to Younes Bendjima.  Hence, the source claimed, “Scott and Amelia are going through a rocky patch. It’s partly because of the Kourtney drama but also just ‘Scott being Scott.’ They’re not fully over yet, but Amelia isn’t happy with him.”

For the last few months, it is always noted that Disick and Hamlin often are seen together while spending their weekend together and enjoying,. However, this time, it all appeared to be opposite the pair was not together for a weekend too. Consequently, an Insider stated, “Scott Disick and Ameli Hamalin have spent the weekend apart so far. Everything seemed fine last weekend, and then all of a sudden, they seem to be having issues. They are on the East Coast separately and didn’t leave Los Angeles together.”

In fact, the representatives of Amelia and Disick also even ignored to speak about this and made no comments immediately. In the Direct messages sent to Younes, the TV star has shared the pictures of the ‘Keeping Up With The Kardian’s star, Kourtney, and her boyfriend, musician Braker. The picture clearly depicted that Barker and Kourtney were keenly involved in making out, while the pair was off to Italy’s vacations.

However, not just a picture was shared, Disick also added, “Yo is this chick ok!???? Brooos like what is this.” With such a statement, it was clear that Scott was badly making fun of the pair and further mentioned, “In the middle of Italy.” On the model’s part, Bendjima also replied, “Doesn’t matter to me as long as she’s happy. P.S. I ain’t your bro.”

After some time, the Algerian model also called out Scott and claimed that Disick should have the same vibes and energy while he speaks in public, private. Additionally, he via his Instagram note wrote, “Keep the same energy you had about me publicly, privately.  Couldn’t miss this one.”

At last, Bendjima in his second Instagram Story wrote, “He [had] been playing around for too long, [I’m too] tired to stay quiet and be the nice guy.” On the other hand, Scott’s girlfriend shared a post that depicting herself wearing a white tank top. The post also contained the caption, ‘Don’t you have a girlfriend?’ across the front.

Amelia and Scott are already facing loads of trouble due to their age difference. Also, Hamlin’s mother is not happy with her daughter’s decision of dating a 38-year-old man. A few days back, Lisa Rinna, in the episode of ‘The Real Housewives of Beverly Hills’ revealed her true feelings and perspective for Scott and Hamlin’s relationship.

Liza expressed her perplexes for Amelia and noted that she why her daughter did not think to date Harry Styles. In this context, Rinna said, “I can’t say the same for Amelia at this point now. Like, why can’t it be Harry Styles? Why the f— is it Scott Disick?”

According to the media, Scott Disick and his girlfriend, Amelia Hamlin began to date one another in October 2020 and the pair is often seen together hanging out in public. Additionally, Disick shares three kids with Kourtney Kardashian, his ex-partner, Mason Dash Disick, 12, Penelope Scotland Disick, 9, and Reign Aston Disick, 7.

Further, after this ongoing war, Kourtney also responded by adding a post via her Instagram story by pointing out her ex-partner, Scott Disick. Notably, Kourtney’s post read, “Relax … This is going to hurt FOREVER,” and depicted two people locked with their lips in a kiss. Later, the post also mentioned, “HOW TO GET OVER SOMEONE who treated you BADLY.”

In an interview, Amelia’s mother spoke to,  Garcelle Beauvais, said, “Amelia has had her struggles in the press but now it’s a new headline. No one’s talking about the eating disorder anymore. And you know what, thank God. As a mother, I’m like, ‘Good.’ This gives her another label to deal with.”

Later, Scott Disick to keep his reputation alive, clarified, “I don’t go out looking for young girls. They happen to be attracted to me because I look young. That’s what I’m telling myself.”

Although In July, Hamlin, also celebrated the Birthday of Scott Disick, her beau publicly showed off her affection and love for him. In fact, she often credits  Scott as her best person, who made ‘her entire world better.’ Also, the pair is mostly in the controversies and the main center of hatred for their huge age difference.

The haters mostly hit up the comment section of Hamlin by expressing their harsh criticisms of her relationship with Kourtney’s ex. One of the followers once noted, “Scott was 19 when you were born.” Meanwhile, another user pointed her to address their age difference of about, nearly 20 years.

In order to respond, she that time, via her Instagram wrote, “Happy birthday my love. you light up my life, and make my world better, she captioned the series. I can’t imagine what I would do without you.” Further, the model, Amelia stated, “Thank you for being you. the most caring, loving, special person on this planet. I’m so lucky. I’m so blessed to have met you. I love you.”

In July, Scott’s partner even conveyed her love and Birthday wishes to Discka and Kourtney’s little Penelope along with a short message for the little girl. Hence, Amelia is doing her best to prove herself as a super cool stepmother.

Aan insider stated, ” Despite the age gap, they truly have a lot in common. Amelia has been able to spend more time with the kids recently and is embracing it. She’s learning a lot. It’s definitely a whole new world for her, but she loves being around them and is grateful she gets to have this experience. She thinks they are amazing and is really good with them. She and Scott love planning fun activities with them.”

On Hamlin’s birthday, Scott splashed out about $57,000 on a lavish Birthday gift for Amelia. Scott Disick also presented the model, an extravagant birthday surprise as a sign of his love, and this was a signed Helmut Newton print, worth  $57,500.

In March, Scott Disick also clarified that Amelia Hamlin means a lot to him and the pair is extremely serious for each other. Thus, one of the Insiders said, “He’s been telling friends how much she means to him and how into her he is.”