Silent Extinction Of The Wolves That Remained In Andalusia And Extremadura 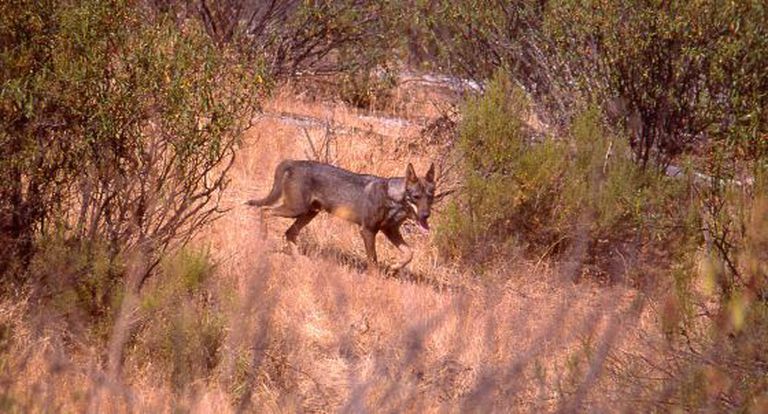 The only populations of wolves ( Canis lupus signatus ) below the border of the Duero, in Andalusia (Sierra Morena) and Extremadura (Sierra de San Pedro and de Gata), which managed to resist the extermination of decades have become completely extinct, despite being protected since 1986.

Isolated, with few specimens, victims of inbreeding and in a field of large fenced game farms where they were considered incompatible with hunting, their survival hung by a thread and, finally, without specific plans recovery, the wolves disappeared.

How could it happen? “The information we have is very scarce, so the sensitivity towards the species was not the current one and neither the methods nor the resources of today with forest rangers existed, the Seprona [the Nature Protection Service of the Civil Guard]… it was protection on paper, ”says Juan Carlos Blanco, a biologist and one of the leading experts on the species.

That the situation repeats itself “is complicated,” he replies, because those isolated nuclei no longer exist and the population that lives north of the Duero River, for which the process has begun to prohibit their hunting, is not isolated.

The scientist recalls that “wild” territory of his stay in Sierra Morena (Andalusia) at the end of the eighties of the last century to prepare the national census of the species. “There were no roads, what happened there nobody knew and the Administration did not reach that territory, it was uncontrollable,” he explains. Even now, he adds, these farms are reached moderately.

When the species is protected 35 years ago and its hunting is prohibited, it is estimated that between 10 or 12 breeding pairs lived there and their situation was already critical. Blanco points out that “there would probably be less already.” The population was declining and the last clear evidence of its existence was in 2006, when a photo of a specimen was taken.

“There is no other image, despite the large number of cameras that have been placed in that area to capture the lynx”, Explain. And, in any case, “the existence of an isolated individual with no evidence of reproductions means that the species has been lost.” The Junta de Andalucía pointed out that when data was collectedfor the 2012 census, a breeding group remained.

The canid is listed in the Red Book of Threatened Vertebrates in Andalusia, published in 2001, as critically endangered and as its greatest threat appears “illegal death by the nursery of private farms to prevent alleged damage to game species” .

Wolf stories where man goes extinct
The isolation of the canid in Sierra Morena also played a fundamental role. A 2018 genetic study by the Higher Council for Scientific Research (CSIC) indicates that “the poor condition in which they were pushed the specimens into inbreeding by mating brothers with sisters and also led to hybridization with dogs.”

The work in which the genome of a wolf run over in 2003 was studied confirms that at least his grandfather was a dog and there was evidence of previous crosses, explains Carles Vilà, researcher at the Doñana Biological Station and author of the study.

The scientists concluded that these types of populations of threatened species can survive for many years with small sizes, but they accumulate serious genetic problems that compromise their long-term survival. Vilà has no doubt: “They are condemned to death.”

Added to this circumstance is the limited control of poaching and a feeling of impunity, “because although the species is protected locally, it seems that it is not real, as it is not a lynx or a bear.” In other populations in Scandinavia or North America, inbreeding has led to skeletal malformations, blindness, or low reproductive rates. In Sierra Morena, there are no data available to assess this impact on the wolf population.

The surprise in Extremadura
While in Sierra Morena what happened can be traced to a certain extent, in Extremadura the wolf disappeared “without anyone knowing,” says Blanco. At the end of the eighties there were five litters, between 25-35 wolves, according to a work by the historian and naturalist Ramón Grande del Brío.

Nothing to do with the 500-700 that were supposed to populate Galicia or the more than between 800 and 1,100 in Castilla y León, which already then housed the bulk of the species. By 1972 the last specimens of the Sierra de Altamira (Extremadura and Castilla-La Mancha) had disappeared, as a consequence of the extinction of the population in the Montes de Toledo. At the end of the seventies the last Extremadura wolves were cloistered in the San Pedro mountains and were seen in the Sierra de Gata, the northernmost part of Extremadura.

“It was a surprise, after all the effort we put into exploring the most remote valleys we did not find any sign that there were reproductive groups,” says Juan Carranza, a member of the team that combed the area. “Everyone was on us, people did not believe it,” he says.

Because then it was thought that there were still between 40 and 50 specimens, a preliminary draft of a recovery plan for the species was even drawn up. Faced with the avalanche of criticism, Carranza thought that time would prove them right. “And so it has, unfortunately,” he says.

In Extremadura they are hopeful that there is some “specimen or external herds from Castilla y León and Portugal that are sharing territory or may do so in the future,” reports a regional government spokesperson.

For this reason, he adds, they are coordinating the sampling of the species with protocols from the Ministry for Ecological Transition and scientists from the CSIC-IREC . But, for the moment, no “stable presence of any herd or damage to livestock that could have been caused by a specimen of this species has been detected.” The wolf has been listed in this community as critically endangered since 2001.

“The wolf bothered”
Miguel Hernández, from Ecologistas en Acción, blames the fatal end of the wolf in Extremadura and Andalusia on the intensification of hunting fences in the eighties of the last century. “The hunt increased and the wolf bothered, not so much because of what it ate, because there were many ungulates [the order of the mountain goats], but because if a hunt was scheduled and a wolf appeared, the hunt could move and the event would not have the expected success ”.

Hernández acknowledges that it is “a hypothesis, but it is the most logical, although scientifically you cannot put it in an article because you do not have the data.”

A premise that María Teresa González, director of the Association of Rural Owners for Game Management and Environmental Conservation (Aproca), categorically rejects. “The wolf has always been a plus in hunting farms, because it is a fantastic trophy,” he says.

The difficulties that the species already had were accentuated, in his opinion, “when hunting is prohibited, because that supposes the abandonment of the species.” It also considers that “there has never been competition between hunting and wolf, because it feeds on ungulates, young, old patients, that was natural cleaning”, he clarifies.

As for the hunting meshes, the fences, he maintains that they are designed so that species such as the wolf or the lynx can cross them. González concludes that “although it could not be hunted,