A lost piece of moon has been found orbiting in space 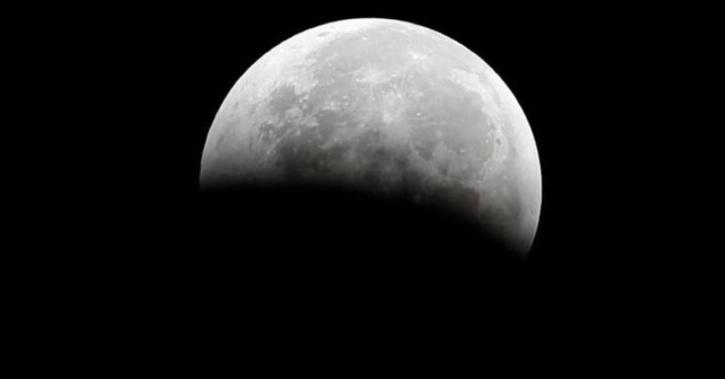 Every April, the faint glimmer of a near-Earth asteroid shimmers in the telescopes of astronomers for a few weeks. While watching the yearly event, a group of astronomers made an unexpected discovery about the small shard: it doesn’t appear to be just any ordinary space rock. It seems to be a shattered chunk of the moon. The Ferris wheel-sized chip is known as Kamo’oalewa in Hawaiian, and proof for its lunar origins was published Thursday in a journal of Earth & Environment.

“I searched through every near-Earth asteroid spectrum we had access to, and nothing matched,” said Ben Sharkey, the paper’s primary author and a Ph.D. student in the Department of Planetary Sciences at the University of Arizona. Instead, Sharkey and his colleagues discovered that the rock had a reflected light or spectrum pattern that was strikingly similar to moon rocks returned by NASA’s Apollo missions.

“These difficult observations were made possible by the enormous light gathering capability of the Large Binocular Telescope’s twin 8.4-meter (27.5-foot) telescopes,” said Al Conrad, a staff scientist at the Large Binocular Telescope Observatory and co-author of the paper. However, this isn’t the only evidence of Kamo’oalewa’s lunar roots. The quasi-satellite, a subtype of near-Earth asteroids that circle both the sun and the Earth, travels around our planet with an odd tilt, which is why it only appears once a year in the night sky.

In truth, its identification as a Moon fragment was entirely accidental, as are most space discoveries. Scientists discovered that reflected light from Kamo’oalewa resembled lunar pebbles from NASA’s Apollo missions while scanning space with the Large Binocular Telescope on Mount Graham in Arizona.

“It is exceedingly implausible that a common near-Earth asteroid would spontaneously shift into a quasi-satellite orbit like Kamo’oalewa’s,” said Renu Malhotra, a planetary sciences professor at the University of Arizona, in a statement. She observes that the piece will not remain in this orbit for long. Malhotra believes it arrived in its current place 500 years ago and that its trajectory will shift in roughly 300 years.

Even with such sophisticated technology and comprehensive orbital research, the crew had a long road ahead of them to discover Kamo’oalewa’s secret. Because of the faint orb’s occasional appearance, they had to build their data sets over several years to create a complete image of the alien object – and locate enough proof to corroborate its lunar origins. “We questioned ourselves to death,” Vishnu Reddy, a co-author of the research from the University of Arizona’s Lunar and Planetary Laboratory, said in a statement.

The project began in 2016 and lasted a few years; however, due to COVID-19 constraints, the team missed the asteroid’s arrival window in 2020. Now, in 2021, they’re finally confident enough in the quantity of material they’ve acquired to reveal Kamo’oalewa’s extraordinary history. Sharkey said, “We received much-needed follow-up observations this spring and exclaimed, “Wow, it’s genuine.” The moon is easier to describe than other concepts.”

Only one thing remains unanswered: how did Kamo’oalewa break away from the moon? Because this is the first near-Earth asteroid to have lunar characteristics, it’s unknown if the space rock is a fluke or whether additional moon pieces are lying in the solar system waiting to be discovered.