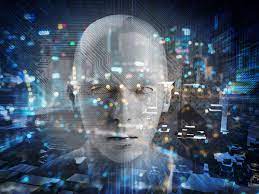 Artificial intelligence is a newly emerging technology, which is rising each day with many changes and other betterments. The assumptions are made that soon the jobs in AI and automation will be wiped out. As per the data and information collected by the nonpartisan IT and Innovation Foundation, it was claimed that these technologies like Automation and AI can soon swipe up the wide areas of American jobs.

This report mainly emphasizes inspecting the decades’ valuation of the data collected via the U.S. Bureau of Labor Statistics over 10 industries, which includes, leisure, construction, hospitality, business services, and professional. This report also involves retail trade, warehousing transportation and, financial activities, wholesale trade, information, financial activities, manufacturing, and education. In the 2020s third quarter, this report claimed the jobs’ rates to be very low in comparison to 1995.

In 2020, the third quarter also renders the stabilization of the jobs in the American market followed by a consequential hike in the job loss. This all is due to the outbreak of the covid-19 pandemic and this has reached 45 percent of the increment in the leisure time and also in the hospital industry.

The reports note that the employees in America mainly have a 5.8 percent chance of job loss that too around the industries in any provided quarter, which was reported to be 7.3 percent in 1995.

Significantly, Robert Atkinson, the ITIF President who also co-authored the report said, “The prevailing narrative of accelerating job loss due to new technology is just a myth. The number of workers laid off each year as a share of all jobs has decreased steadily since the mid-1990s. Besides, despite the main employment disturbance in the early stages of the pandemic, the proportion of job losses have remitted to the pre-pandemic trend line.”
This report provided is the negation to that of ITIF, which is called to be the public’s ‘growing insight,’ as this job is the main principle of the modern economy. This is tech-driven, based on automation and technology, and turns from fundamental to everyday business.

It also warns about the public sagacity as the ‘skewed with the reality of the economy, there will be fated to be knocked- on results that can lead to undermined growth since the pressure for the firm fabrication to lead for the innovation and globalization.

Notably, the reports noted, “As unease grows, people may push the lawmakers to set up firm labor protection laws. But these kinds of laws could mainly be a way of dragging on the productivity, only if they restrict the ability of the industries to restructure the work, as we observe currently in European countries. Even more detrimental to innovation, workers and lawmakers may resist productivity-enhancing disruptions such as new information technologies or labor-saving robotics, even when such disruptions improve the economy. And they may pay attention to pundits calling for a tax on automation.”

A report on AI also claims that the authors are mainly focused on the subgroups of Artificial Intelligence, which is mainly called Machine learning. They mainly the way of use algorithms to get the patterns in larger quantities of the data.