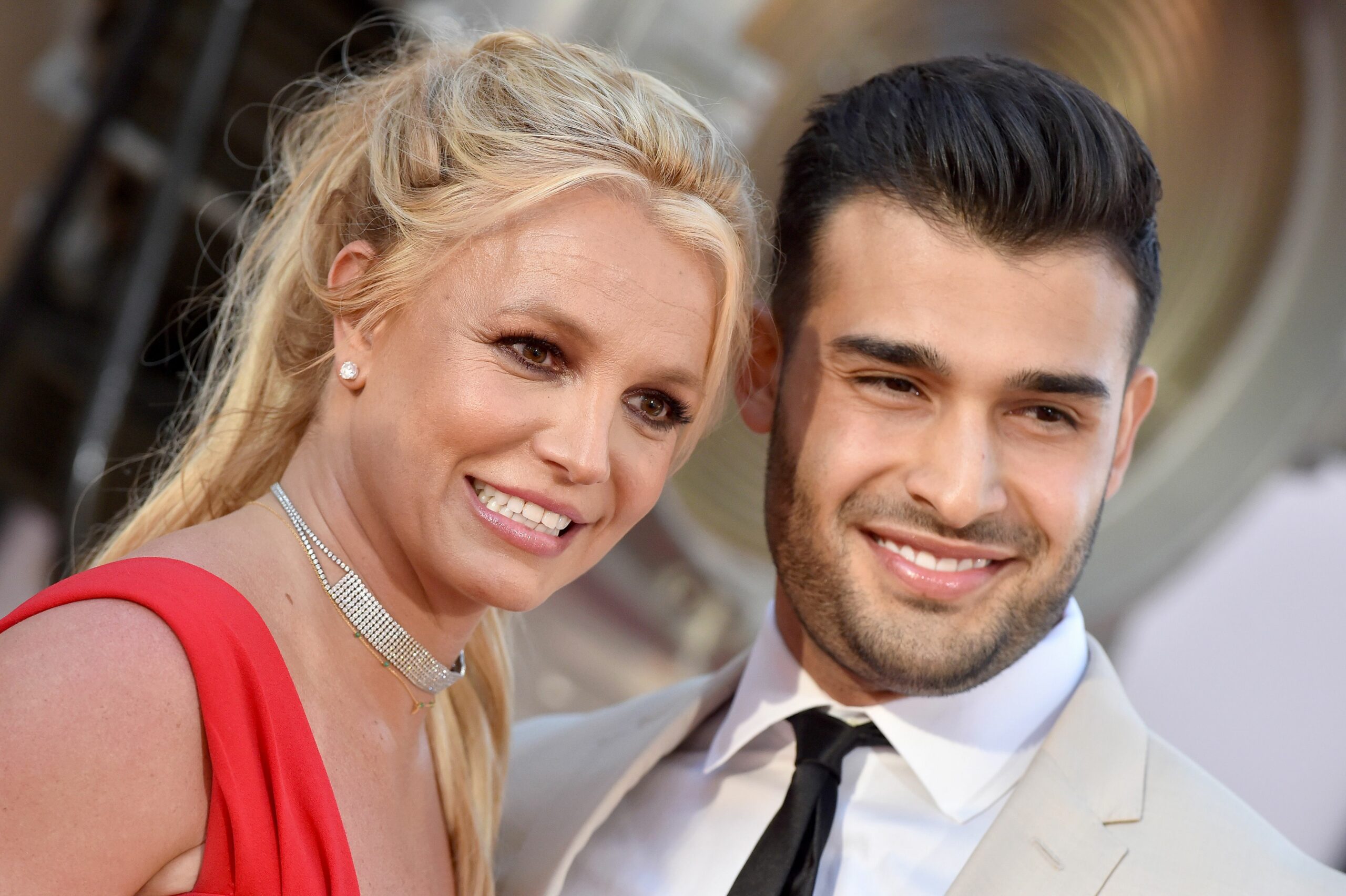 Britney Spears is just happier and happier for her engagement to her beau, Sam Asghari, following the end of her prolong Conservatorship battle with her father, Jamie Spears. Earlier, this week, Britney and Sam confirmed their engagement by sharing the news via his Instagram.

additionally, Sam also detailed the way his mental health is perfect just like his and with Britney, and explained the main secrets of how he keeps the singer happy.

The way Sam sports Britney is just adorable and hence the actor claims that the main basis to maintain privacy over their relationship is just to give the full freedom to Britney Spears and let the pop lady have her own way too!

Once, while giving an interview to a fashion magazine, Sam said, “I just want her to be happy. If something makes her happy, I’ll do it. I’m not going to argue. What’s that saying? ‘Happy wife, happy life.'”

However, the circumstances of the couple might be carrying due to the singer’s stardom but yet they both do many of the activities together. These activities keep them attached and are mainly some common deeds like ping-pong, tennis, and couple yoga.

With the context of these activities, Sam said, “There’s a lot of yoga that she likes to do. She’s flexible, she has endurance, she does handstands on my legs. I’m not good at it, but I do it because she wants to do it.”

In 2016, the pop lady meet the personal trainer at the set of ‘Slumber Party,’ music video. The pair have been dating one another for last past four years and have an adorable understanding.

While declaring about their engagement, the pair also mentioned that ‘Love is not just a piece of paper’ and also Sam claimed that the duo is not rushing to tie the knot. The trainer also once stated that turn to his sisters and to his girlfriend to get the right advice. Adding, he also claimed that Britney has a great tunning with his loved ones and she is perfectly acquainted with his circle.

On Monday, the singer also shared a picture from her shoot and wrote, “Words can’t even say how shocked I am 💍 … geez although the asshole was way overdue 😜 !!!! It was definitely worth the wait …. yes world … that beautiful f—ing man in that picture is MINE 😍 !!! I’m so blessed it’s insane 🌹🌹🌹 !!!!”

In order to express her happiness, she also celebrated the engagement with her beau and shared a story via her Instgram. the story read, “My phone exploded today! Thank you for the overwhelming love and congratulations! We both love every single one of you!”

The duo has clearly committed that they will be ever ready to keep their personal assets private before they get married. The actor joked and said, “Thank you to everyone who is concerned about the prenup. Of course, we’re getting an ironclad prenup to protect my Jeep and shoe collection in case she dumps me one day.”

The sources have confirmed that the pair ended up with their engagement ceremonies at the singer’s home in Los Angeles and the ring of the pair is a design of N.Y.C. Jeweler Roman Malayev.

Last month, the singer was just ready to take a break from praising and showing- off Sam Asghari. Hence, she proves that how madly she is in love with Sam Asghari, and that time she and her beau simply grabbed the spotlights media amidst her Conservatorship battle.

Notably, Britney via her Instagram handle also praised the trainer for his fabulous acting as a safe haven for Britney. The pop lady wrote, “Not only has this cute a–hole been with me through the hardest years of my life but he happens to be an extremely good cook!”

Britney, at that time also shared a picture with actor 27, typically a selfie of the duo before the pop lady took off her hat for Sam. She showed off and wrote, “Fast & furious franchise, don’t miss out on your next star! Black Monday” and yes didn’t forget to tag her boyfriend, Sam Asghari.

Last month, Sam appeared in an interview and joked that he and Britney have secretly got married. In fact, while on a coffee break, Britney was also seen wearing a ring on her special finger.

TMZ obtained the footage, in which Sam told, “People don’t know but we’ve been married for about five years and we secretly got married in Hawaii – that’s one of the stories that I don’t know but I see in the newspapers – and we have twins.”

A source also said,” Britney Spears has certainly found an amazing counterpart in Asghari. Sam is a beacon of goodness and positivity” in Spears’ life. Asghari is a consummate ‘protector of the ‘Toxic’ songstress as Spears continues to navigate the woes centered on the conservatorship that has loomed over her for some 13 years.”

The singer’s attorney, Mathew Rosengart, has made his statement and said, “This filing represents a massive legal victory for Britney Spears, as well as vindication. Having exposed his misconduct and improper plan to hold his daughter hostage by trying to extract a multi-million dollar settlement, Mr. Spears has now effectively surrendered. There is no settlement.”

Further, attorney Mathew Rosengart has said that Mr. Spears also accepts that he can now very conveniently avoided accountability and justice, which mainly includes the presence of a vow deposition and replaying the other findings too under the vows.

Adding to his statement, Mathew also said that Spears is himself wrong and the investigations of the financial mismanagement and other cases will proceed further in continuations.