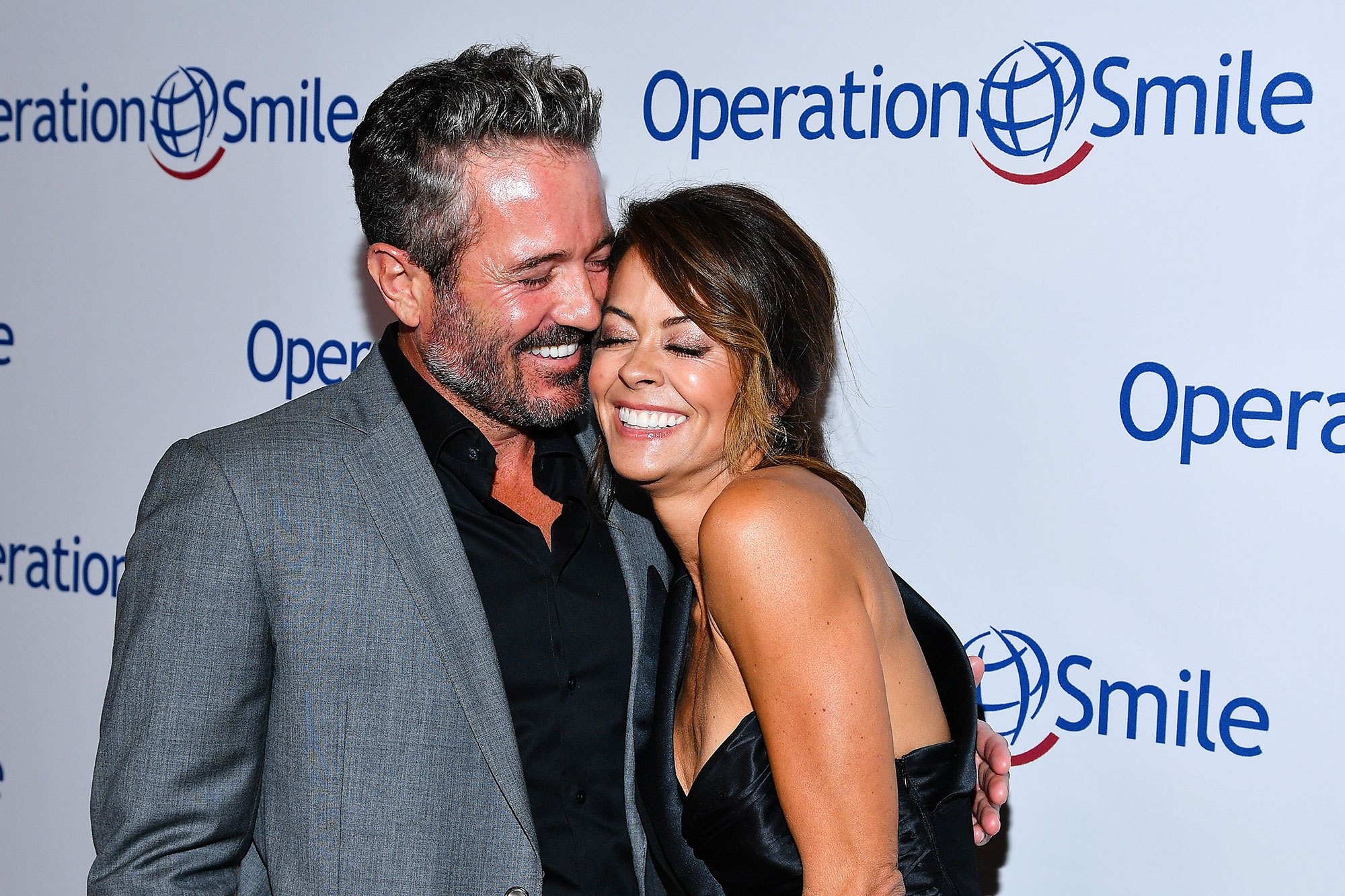 Brooke Lisa Burke, the popular American television personality is now finally engaged to her boyfriend, Scott Rigsby, after dating him for about two years. On Thursday, the ‘Dancing with the Stars’ alum, 50 has finally confirmed the news of her engagement with Scott Rigsby following her birthday celebration in Malibu, California along with her family and friends.

While talking to the media, her representative has claimed that the pair is extremely happy to get engaged and step ahead. The TV star shared a few of her birthday party pictures and captioned, “Following my birthday bliss, so thankful for family, friends & of course birthday cake… Rigs.”

In August, the real estate developer began to date the ‘Intimate Knowledge’ podcast host, and soon within four months, Brooke noted that she already thought of moving down the aisle. Thus, she said, “I think the right person makes you want to get married again. I would have said, ‘Hell, no’ a year ago. ‘Hard no!’”

Notably, Burke was earlier married to Davis Charvet and they both share two children, Heaven Rain, 14, and Shaya Braven, 13. In 2018, the couple decided to part ways and ended their 12 years long married life by finalizing the divorce-related procedures. Additionally, the TV star also owns kids with her ex-spouse, Garth Fisher, Neriah, 21, and Sierra, 19.

The pair made their Red Carpet debut in 2019 and Burke called him the ‘b-word.’ While talking to the media, she once said, “He’s kind and sweet and he’s a great dad. We laugh a lot and it’s just nice to have someone to share life with right now. We have a lot in common. He’s a really good guy.”

Speaking about Scott’s profession, then coming from a real estate professional he has perfectly adjusted instantly, states Brooke. She also claimed, “This was a whole lot [for him], but he’s been a great sport and super supportive.” Recalling about her first date night, the former model noted, “I just told him we were going on a date. I didn’t even tell him what we were doing!”

At the same event, Brooke, the Dancing with the Stars champ also joked that she and Scott even had some interaction on how they can define their romance to others. Back then, she had said, “I was like, ‘Babe, do you want to be my boyfriend?’ I had to change his name in my contacts to ‘Boyfriend.’”

Last year, in October the TV star also mentioned that she is strongly seeing herself getting married to the real estate agent, though she has nothing like sort in her mind. She said, “We’re really happy with the way that our lives are and I definitely see our future together. I don’t know yet what that looks like, what that means, but I know that we are together in the future”

In 2012, Brooke was reported to have thyroid cancer and she underwent surgery for her thyroid removal. Later, she established herself as the face of the ‘Bucket List,’ an American Cancer Society, in 2014. The former model is an inspiration for all and constantly is toiling hard to create awareness and inspiration amongst the masses, related to such deadly diseases.

Talking about her romance with Scott, then once Brook said, “It was a time of discovery for couples — you either realized that you really like someone or you really don’t. You go from waking up, I am in sweats, my hair is in a bun, and I am making dinner — this is it. We really liked it, and I joke around a lot, but I feel like we learned years about each other in a six-month period of time.”

Adding to her statement, she also noted, “I feel really fortunate to be in healthy, happy love life and it’s fun! It’s really fun, it’s a blended family, his kids, my kids, he has his life, his house, I have mine. But it really works. It just keeps getting better, so I am very grateful for that. He is a really solid guy.”

Clarifying, Brooke has said that she never had an idea earlier that she would tie the knot again and she even knew that if she would do so. Currently, she finds herself extremely happy and in a great place, and also there is no need for her to modify anything in her life.

However, Brook believes that she would never deny getting married once more. She claims, “I would have said never a couple of years ago! So that is good!”

Overall, she seems to appear extremely happy with her beau and claims that if one is in the right relation then the person feels to be secure and counts the possibilities. Burke, thus admits “There is more joy than fear, and my heart is open, and we have a beautiful relationship, and we are really considerate of each other’s needs and what makes each other happy. Who knows?”

Talking about, her beau, Scott is a founding partner of the real estate firm based at Santa Monica, Industry Partners. The company’s website clearly mentions that he earlier worked in West Los Angeles as Lee & Associates’s vice president.

The real estate professional graduated from the University of Arizona holding a  bachelor’s degree in Finance. Scott’s biography also revealed that presently he is residing in Pacific Palisades and is a father to two children.

His estimated net worth is between $1 million to $5 million. In 2019, the reported closed deals of Scott range about an eye-watering $2.5 billion.

Scott is a professional speaker too and in 2017, he became the first double amputee to finish the Ford Ironman World Championship triathlon utilizing the prosthetics to bike, run for about 140.6-mile course, and swim.

Additionally, he is also the founder of the Scott Rigsby Foundation, it is a Georgia-based, non-profit organization that aims to inspire and enable the people who are physically challenged and also encourage the athletes.

Scott is an author, speaker as well as a gifted counselor to all individuals who have experienced loss and pain in their lives.