The most powerful telescope is going to be launched by NASA 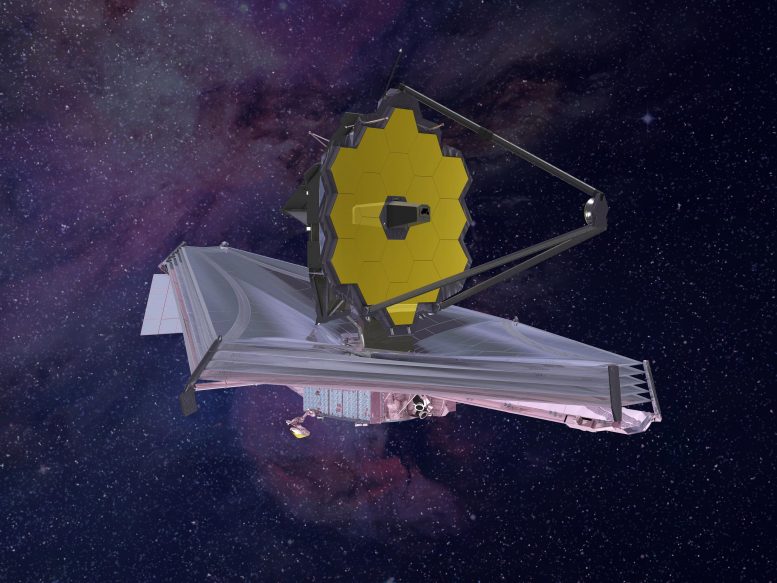 NASA is ready to launch the world’s most powerful space telescope. The James Webb Space Telescope will be 100 times more powerful than its predecessor, Hubble, and will be able to detect extremely weak infrared light from the universe’s very first galaxies. It will also be able to examine the atmospheres of planets orbiting other stars in our galaxy for evidence of life. Webb, a cooperative effort of US, European, and Canadian space agencies that took 10,000 workers to build, was originally slated to launch in 2010 and cost around $1 billion. However, prices skyrocketed to $10 billion as a result of a series of frustrating delays.

But the massive telescope has finally arrived in French Guiana, South America, where it will be loaded onto a rocket and launched into orbit on December 18, kicking off NASA’s most technically challenging mission in history. If Webb is successful in reaching its goal over a million miles away, the telescope will earn the title “First Light Machine,” as it is going to get photos of stars that were born only 250 million years after the Big Bang.

Several unique technologies are used in the telescope. It is supported by a 21-foot mirror constructed of ultra-lightweight beryllium carved into 18 hexagonal pieces and coated in gold. Unlike most telescopes, which house a mirror or lens within a tube to block out light, Webb’s mirror will be exposed to the elements. It will depend on five parasol-like sheets of aluminum-coated plastic to stop light and heat from the sun, moon, and Earth. Webb’s data collection system contains four solar-powered cameras and sensors.

Hubble, which was launched in 1990, returned breathtaking photographs from deep space, assisting astrophysicists in better determining the age of the universe, the nature of black holes, and the number of galaxies.

It also led to the finding that the universe is expanding at an increasing pace due to “dark energy.” Webb comes in handy here. The expansion of the cosmos has extended the wavelength of light from a 13 billion-year-old star into the infrared spectrum by the time it reaches Earth, comparable to how the pitch of an ambulance siren reduces as it drives away. As a result, only an infrared-focused telescope can view the cosmic dawn. Webb employs mirrors that catch six times the amount of light than Hubble does, as well as cameras that have a 15-fold broader field of vision. Hubble travels at 340 miles per hour around the Earth.

To fit atop an Ariane 5 rocket, the 14,330-pound telescope must first be folded origami-style. The telescope will be removed from the rocket after around 30 minutes of flight.

Light, traveling at 186,000 miles per second across space, offers pictures on delay: the naked eye sees the moon as it was 1.3 seconds ago, Jupiter as it was 40 minutes ago, and Andromeda, our nearest galaxy, as it was 2.5 million years ago. Space telescopes, which capture light released billions of years ago, are sometimes compared to time machines. Webb, according to scientists, will be crucial in researching the end of the Dark Ages, or the time between the Big Bang and the creation of stars.