New Monitors Inbound From Microsoft For its Consoles 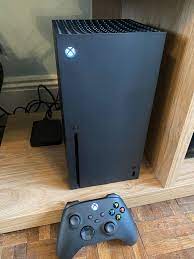 The Philips Momentum gaming monitor measures 55 inches and is described as a “TV and soundbar combined into one” monitor. It has a dedicated Xbox picture mode, which means that gamers can obtain high-contrast HDR through the VESA-certified DisplayHDR 1000 to achieve local dimming and maximum brightness. This will be the first display of the three products and is expected to be launched in the summer with a retail price of up to $1,600. ASUS’ ROG Strix Xbox Edition is a 43-inch gaming monitor with a dynamic image response time of over 1 millisecond. The monitor jointly developed by ASUS and the Designed for Xbox team is said to be the best monitor for color, contrast, and tone settings when connected to X/S series game consoles. ASUS ROG Strix Xbox Edition will be launched sometime in October this year; pricing will depend on the region, but in the United States, it will cost $1,400.

Microsoft is an American multinational company dealing in the manufacture of computer software, consumer electronics, personal computers, and related services. Major hardware products include Xbox video game consoles and touchscreen PCs from the Microsoft Surface series. Microsoft is ranked 21st in the Fortune 500 largest US companies in terms of total revenue in 2020. As of 2016, the company is the largest software manufacturer in the world in terms of sales.

A total of three monitors have been released as design labels for the Xbox: Philips Momentum Gaming Monitor, ASUS Strix Xbox Edition Gaming Monitor, and Acer Xbox Edition Gaming Monitor. All three will launch this year and will include AMD FreeSync Premium Pro technology. This will reduce screen clatter, 4K resolution, and 120Hz refresh rate. ‘
Acer’s Xbox version of the gaming monitor is 28 inches, and Xbox claims it is one of the first TUV/Eyesafe certified monitors, which means it will minimize the eye strain of gamers. Acer’s display is the most affordable, retailing at US$950, and will be launched this fall. The news was released after Microsoft announced the development of the Xbox ecosystem, but still made its Xbox hardware a “flagship experience.” In addition to the new gaming monitor designed for Xbox, the technology giant has begun to think outside the box of traditional gaming hardware devices through Cloud Gaming, and integrate the experience into everyday technologies such as streaming media sticks and smart TVs.