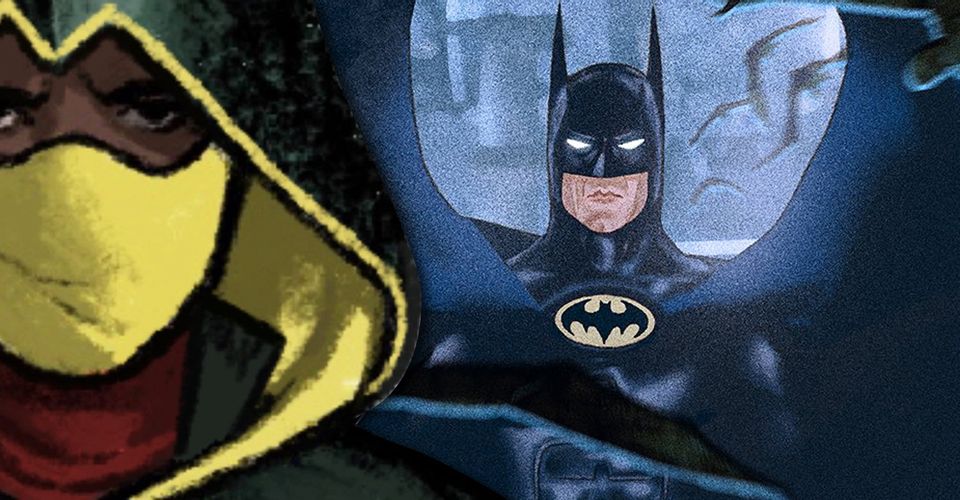 In the upcoming Batman ’89 comic series, artist Joe Quinones and DC Comics have released new looks at Marlon Wayans’ Robin. It is being made clear that one of the main aims behind Batman ’89 is to revive fan-favorite aspects of the Tim Burton Batman film and resurrect unused concepts. Robin is one of those scrapped ideas which originally slated to appear in the Burtonverse.

Tim Burton had cast actor Marlon Wayans to portray the iconic Boy Wonder before production began on Batman Returns. Due to an overcrowded cast of characters, Robin was dropped from the film. The audience is aware that Marlon Wayans’ Robin will appear in the new series because of series artist Joe Quinones’ regular teases via Twitter. In anticipation of DC’s upcoming press release last week, Quinones posted an early-stage sketch of Robin.

As part of 1st look at the miniseries, DC Comics has released a full look at Robin’s costume in the new series. Quinones tweeted a full-color close-up of the suit. In Quinones’ variant cover for issue one, Robin’s full costume is rather unconventional than past iterations. Wayans ‘ Robin is seen in yellowface covering in the place of the Boy Wonder’s normal eye mask. This version of Robin has a hood attached to his cap, and staff is his weapon of choice.

For Wayans’ Robin, not a single piece of concept art was ever released, so it’s unclear if this new design is completely new or not. But it can be like Quinones probably came up with the costume concept. Last year’s events may influence Robin’s face masks as they resemble a face mask that people are wearing these days. Quinones has fixed it firmly into Robin’s look, and it works very well.
In the new series, it seems Robin will play a huge part. Readers can infer this as Wayans’ Robin features in most DC Comics’ promotion for the new miniseries. During the films, Michael Keaton’s Batman was seen as a solo act. As he gets older, it looks like Robin will be one of the main parts of his journey to stop Gotham City’s criminals. The miniseries will continue where Batman Returns left off.