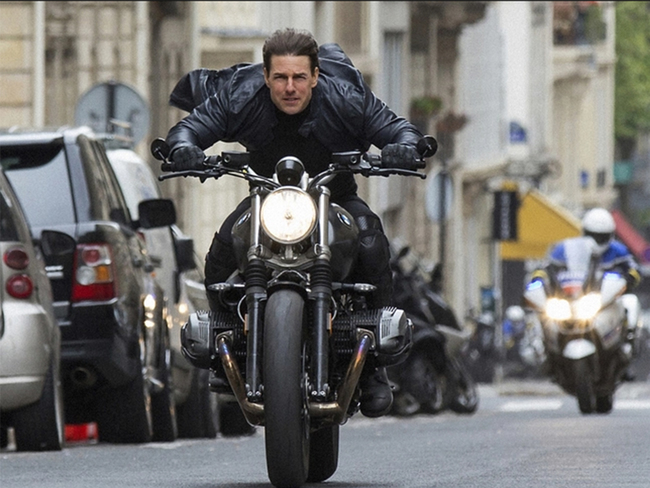 The recent photo from the upcoming Mission: Impossible 7 teases a new look for Rebecca Ferguson’s character, Ilsa Faust. Production for the film has been on and off due to Covid. In recent weeks things have been moving swiftly. For some of the audience, the production woes faced on Mission: Impossible 7 have been concerning. Lengthy productions are not only costly but also indicate underlying issues with the film. In Hollywood history, many films which took a long time to produce didn’t do well at the box office. But delays for this film are due to Covid, and the audience expectation of action and surprises could be met.

The latest hint that the film will be full of surprises comes from McQuarrie via his Instagram account. At first look, the photo of Ferguson as Faust doesn’t seem to reveal too much. But upon closer look, it appears that she is wearing an eyepatch, pushed up to her forehead during a break from the action. McQuarrie is well aware that he is creating curiosity with the post, opting to accompany the photo with an ellipsis. It may be due to McQuarrie’s belief that the picture speaks for itself, or with the eyepatch, there is a hint that remains to be seen.

Faust has become an integral part of the franchise ever since her introduction into the Mission: Impossible series in 2015’s Mission: Impossible – Rogue Nation. The wearing of an eyepatch has yet to become one of the character’s identifying traits, which means that this film will introduce a new side to the character. The eyepatch could also be nothing more than one part of a bigger disguise that Faust utilizes for a mission.

It is also possible that Faust’s new look has nothing to do with highly advanced spy technology of any kind or a covert mission. Instead, it could be possible that the character is subject to some unfortunate luck in the film and loses an eye. With each passing day, the arrival of Mission: Impossible 7 becomes exciting.